The Toronto Awesome Foundation announced our first winner at a big launch party on Thursday night at The Drake Hotel. It’s Connect the T Dots, the brainchild of Stephanie Avery. 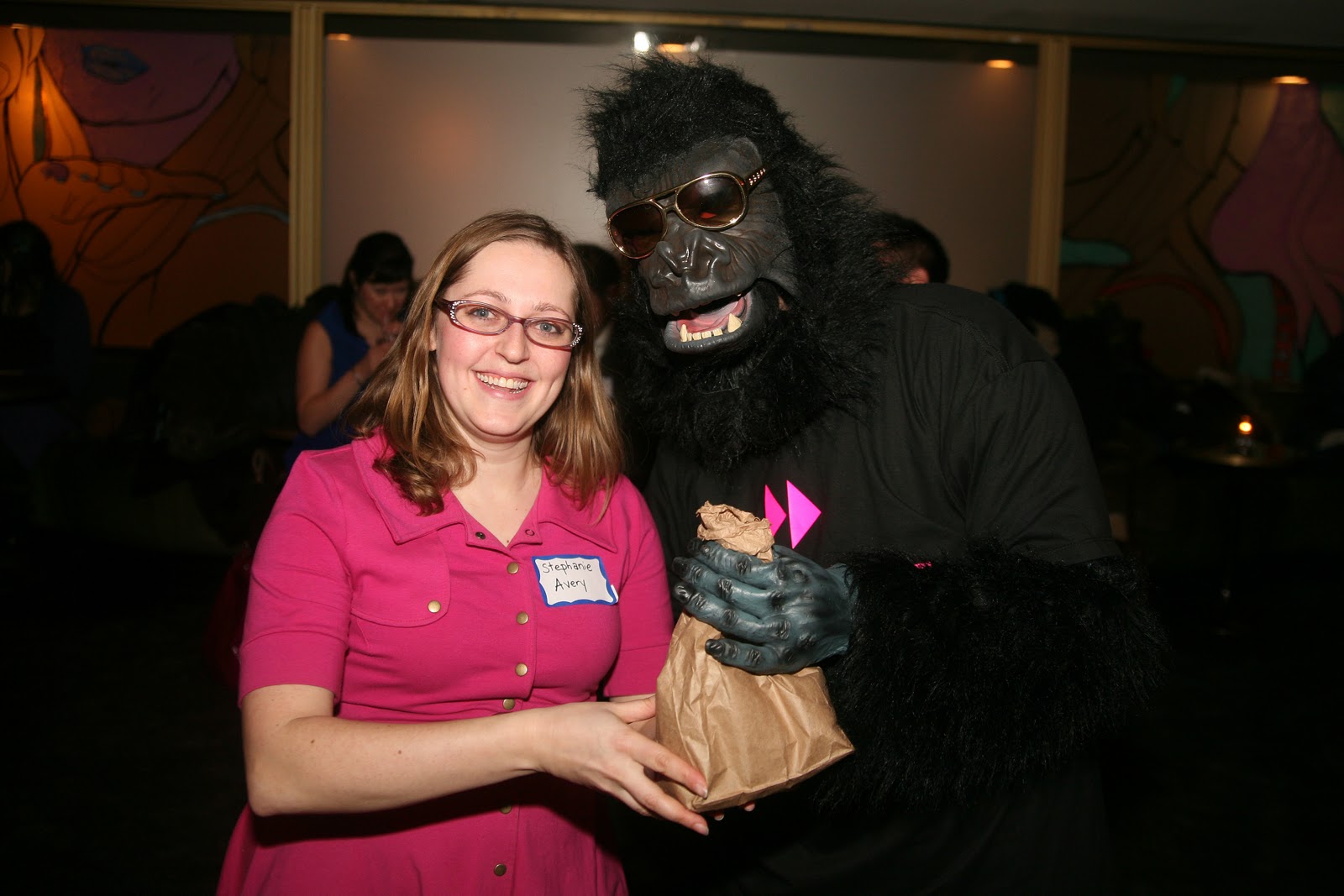 She will be painting large dots and numbers on the roofs of buildings here in Toronto, with the goal of making a super huge game of connect the dots that will be playable from aerial photos of Toronto and ultimately on Google Maps. There are like a dozen awesome reasons that she won, but my personal favorite was her words about how she would actually get permission to paint on so many people’s roofs: “you’d be amazed at what you can get if you simply ask nicely for it.” Canadians rule 🙂

I had a real blast at the party, and at the various events leading up to it (the Trustee’s making our decision, the reading of all 250+ submissions…) We have each chosen our own titles as well, I am the “Dude of Awesome”, but actually I envy some of the other titles, including “Major Awesome” and “Sir Awesome”… I guess if I wanted to be consistent with this blog I should change my title to “Awesome Crusader”, eh? A friend insists that we need a “Captain Awesomepants”. That sounds like a fun replacement for our Gorilla next time, we’ll all have to dig out our awesome-est pants and have a contest to determine the winner!

There are so many things about this whole thing that are Awesome, but now that our first month is over, I have to say: the idea that we get to do this all over again every month sure is Awesome! March submission deadline is March 15th, so polish up your ideas and Submit More Awesome!